God of War Director: Devil May Cry Too Violent

There are some places Barlog would not go. 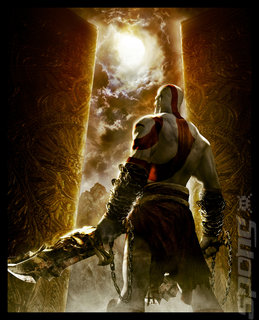 All Images (4) »
The brutality of the God of War series isn't just the result of moral apathy - according to Chains of Olympus director Cory Barlog, it's intentional. But Cory and the crew have actually held back on the gore!

Barlog sees some boundaries to the character of Kratos and to the violence inflicted to progress both game and characer. Speaking about decision making in the early stages the development of God of War 2, he says, "You pop the [Cyclops'] eye out, and that's a visceral, brutal, exciting movement. And then when you go to the popping the eye in the mouth (and then stepping on the head to make the eye pop in the mouth) sort of stuff, it gets maybe to someplace Devil May Cry would go, but not necessarily where we're going to go."

Apparently these limitations take into consideration the historical brutality of the period. Says Barlog, "During [the ancient Greek] wars, people weren't hugging ? it was very, very brutal. We really wanted to stick to that mentality, creating situations within the game to force the player to choose, and kind of morally have to be, what Kratos is like. In God of War I you have to burn the guy in order to progress forward. That was something that some people had a problem with. But it's [a matter of] having to live as the [character]. It's not a [role-playing game], but it's still forcing you to choose, in gameplay, to actually be like this character.?

Right, it's not role-playing but you do have to be like the character - in fact, you have to live as the character. The difference between this and role playing is? Opinions in the Forum please because frankly, we're stumped unless it's got something to do with many-sided dice.

So, what advice does Cory have for you when you don't role-play but do live as, and are like, dear old, madcap Kratos? Barlog says, ?The main thing about this character is he's not Superman. He's not Spider-Man. He's not any of these heroes that are like, 'Hey, I'm saving the day.' He's a guy who's out for himself. But in doing things, he actually does help other people."

Right, Kratos is a sociopathic Robin Hood. Now we get it.

More information about Chains of Olympus can be found on SPOnG's dedicated game page, and you can find out what SPOnG thought about God of War II right here. Let SPOnG know how you feel about playing a game as an anti-hero in the Forum.

realvictory 22 May 2007 12:25
1/4
If you're not given the choice in the game, you don't really have a choice - by being forced to be violent, you're being encouraged to be violent.

Anyway, as long as you don't try to do these things in real life, it should be alright.

On the other hand, violence isn't necessary - and it isn't profound - anyone can go round ripping peoples' arms off - just because it's "art" doesn't make it profound. All it is really, is that you're allowed to do things in a game that you aren't allowed to do in real life, and it's up to the creators to use this fact in a beneficial way - in other words, it's the gameplay which may or may not be profound, not the sake of poking someone's eye out.

Joji 22 May 2007 13:05
2/4
Perhaps there's room for the likes of Kratos, no matter how violent his character may be in the series, he's a relection of that time period. Anyone who's read any greek mythology would know of the kinds of things that go on, which are a hell of a lot stronger than this game.

Mario is one thing and Kratos is another. Both are worthy of your time and money.

As for DMC being too violent, you have to look at the roots of DMC as well as its cutural origins. The japanese have aways had a strong relationship with swords in their history. DMC is a game that's part manga action, part hong kong ballet and part former Resident Evil game, hence the guns and more violence (which is no more than any other game I feel).

Violence is a means to and end, a last resort and fun in games, dare I say it. Would you buy a game to see and play, Kratos sitting down with the Gods of Olympus, to discuss and negotiate him getting his powers back? Of course not. Dante is no different in this sense in DMC either.

In short, violence will always sell. Feel no shame in it, it's part of being human which we surpress. Better getting a fix gaming than elsewhere.


more comments below our sponsor's message

LUPOS 22 May 2007 17:36
3/4
This gets me thinking about something I always found incredibly clever yet simultaneously lame. Poping enemies in sonic games. By makeing the enemy robots out of animals you where no longer destroying something as you where freeing something. Same exact mechanic mario uses to crush goombas, but with a positive spin based souley on the animation presented.

I can think of a few other things like this, bouncing peter puppies puppies with the pillow in earth worm jim 2 for example. The controls where basically the same as the rest of the game, you where just using them more positively.

I find it odd that no one has taken advantage of this simple swap out method recently. Imagine, you make a rather average FPS, but instead of shooting things you use some sort of pointing implement for good, like... um... corralling lemmings? Like pikmin sort of. Full 3D but you place different objects franticly in a crowd using familiar controls. It would stand out for no other reason than its nonviolent nature.

There, I just designed a game, some body hire me (besides the company I already work for).
______

Misleading title on this article 23 May 2007 02:34
4/4
...never actually says what the title says..
Typical journalist putting words into people's mouths.
Posting of new comments is now locked for this page.