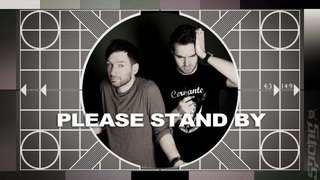 For some reason Microsoft decided to kill the popular and community enhancing show, Inside Xbox (story here). We've all been waiting to hear the rationalization. We'll still be waiting after this stream of babble from Xbox Europe interactive entertainment VP Chris Lewis.

Speaking to Eurogamer at E3, Mr Lewis let rip with a masterclass in saying nothing using a whole load of words, some of which made no sense even in context. Let's have a look:

Why did you cancel Inside Xbox?

"We just felt it had reached a logical and natural position where we felt that we had a strong voice to that community in any case".

What? "A stong voice to the community"? That isn't even English. Next...

"We've got 40 million people on Xbox Live, we know that audience closely follows what we're up to, so we felt it was logical [to close it]."

OK, because we have 40 million people who closely follow what you're up to it made sense to shut down one of the ways in which the people closely follow you? That makes sense.

But here's the pure media training kicking in, "The key to answering your question though..." BOOM! Remember, if you are being asked a question that you don't have an answer to, spin the question. Mr Lewis continues, "is our commitment to keep bringing that kind of content to satisfy the appetite of that audience."

"We have no desire to move away from that. In my opinion, we are focused on it more than ever - understanding how to target that audience, how not to alienate that audience.

You can read the brilliant switching from question to sales spiel at Eurogamer.
Companies: Microsoft

Jun|'14
E3 Live: Microsoft's Xbox Event
May|'14
Microsoft Not Selling Xbox Division
May|'14
Kinect-Free Xbox One Selling Well
May|'14
The Xbox One Designer and Building In Kinect

Matthew O'Donnell 18 Jun 2012 20:42
1/1
Maybe it is more related to there obnoxious attitudes during actual gaming events and active under aged promotional favouritism when it involves the younger audience despite the clear age restrictions? Or maybe it is that fact they vomit exactly what everyone already knew several weeks ago? I could go on but i feel like a troll and even then it is still a long way down before I meet those 2 jokers again. (Yes Bad history and they well deserve my hate)
Posting of new comments is now locked for this page.