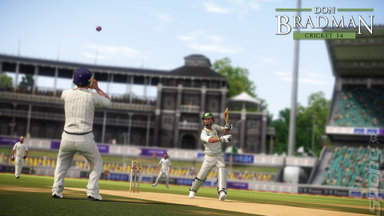 All Images (6) »
So, England (and Wales) may have retained the Ashes with the help of Mancunian weather but that hasn't stopped a company called Big Ant Studios from using the name of the greatest Australian batsman, Sir Donald Bradman, to create a new cricketing video game.

Unlike the current cricket gaming champ Ashes Cricket however, the Don's game doesn't come with licensed teams. It's got a new take on this.

"More than 4000 Community created Players and teams ready to download and use in game. An online Save system that lets you continue your match whenever you want with online  opponents," says the blurb.