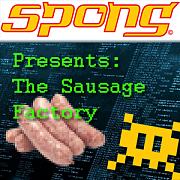 The Sausage Factory Episode 121: 13AM Games

Pirate Pop Plus published by 13AM Games

Patchwork, Le Harve the Inland Port and Agricola All Creatures Great and Small by Digidiced

Talent Not Included by Frima Studio